Bohotravels | Karlovy Vary: one of the most beautiful spas in the Europe
25212
post-template-default,single,single-post,postid-25212,single-format-standard,theme-hudsonwp,edgt-core-1.0.1,woocommerce-no-js,ajax_fade,page_not_loaded,,hudson-ver-1.9, vertical_menu_with_scroll,smooth_scroll,side_menu_slide_with_content,width_470,woocommerce_installed,blog_installed,wpb-js-composer js-comp-ver-5.4.5,vc_responsive 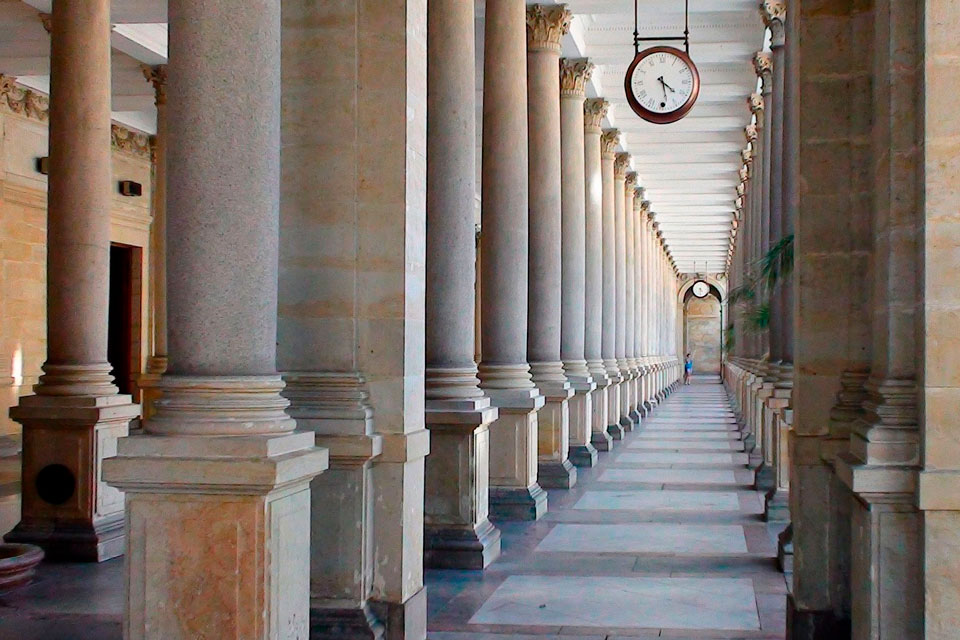 Karlovy Vary: one of the most beautiful spas in the Europe

Karlovy Vary is the pearl of the West Bohemia. Unique architecture, beautiful spa buildings, pleasant walks along the colonnade and exclusive spa treatments. This is Karlovy Vary, or Carlsbad. Charles IV, the first King of Bohemia and the Holy Roman Emperor, gave the name to this city.

The exact date of establishment of the city is unknown. Permanent settlement around the wing originated in the mid-14th century. In 1370 the city was granted by the Charles IV. the privilege of the royal city. The legend of the founding of Karlovy Vary, which was recorded in 1571 by Dr. Fabian Sommer, says that the hunting dog began to play a wildlife during the expedition in the woods, falling into the pool of a hotly spouting spring with hot water. The dog moon called on the other members of the expedition, who then tasted hot water. Charles IV got also information about the finding so he went to see the place of the spring together with the physicians. They noted that this hot water has therapeutic effects, which he subsequently tried and received improvement.

Local spa is based on the use of mineral water with healing effects, which originates in granite crystallinics at depths of about 2,000 meters.

In the city you can find 79 springs of various mineral composition. 13 of these are used for drinking. Mineral water is similar in its composition, but it has different effects for different temperatures and different carbon dioxide contents. Cooler springs usually have a slightly lingering effect, warmer springs have a suppressive effect, slow down the excretion of bile and gastric juices. The former water has a beneficial effect on the healing of liver and intestinal diseases, the stomach and the liver.

Karlovy Vary offers the best relaxation  come recharge your betteries and enjoy a beauty of this city with Boho Travels.